Benificiaries Across Generations And Continents. 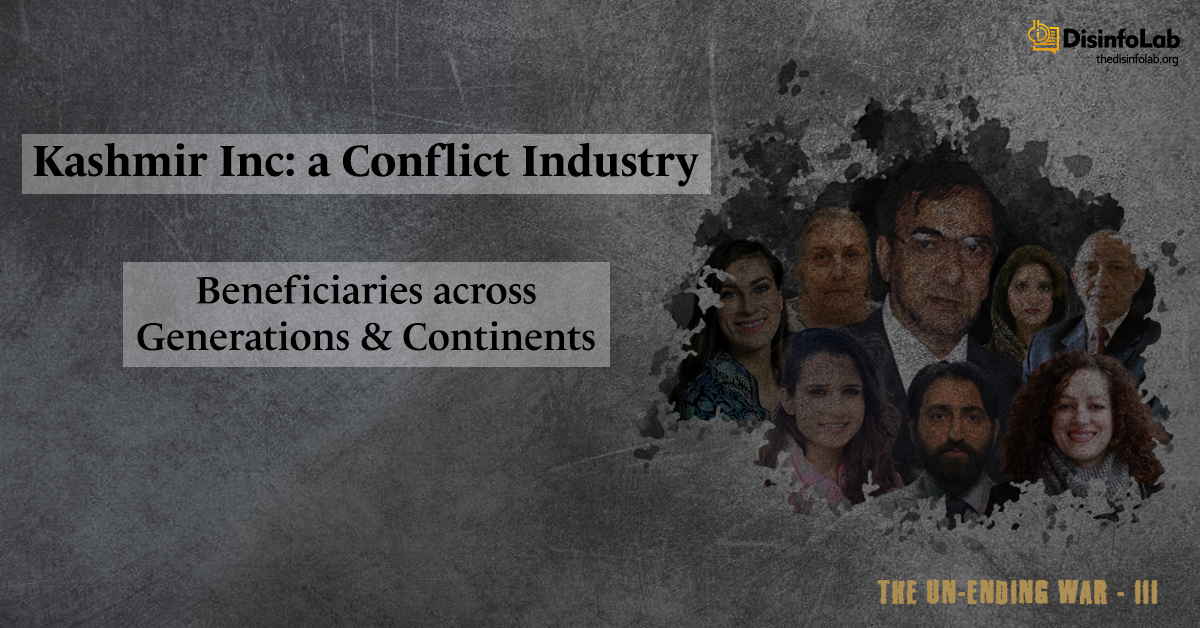 (To read the the full story, download the PDF.)

The Kashmir story is the story of few interconnected stories viz.

This change in 2016 has salient ramifications for the conflict narrative in South Asia. However, the story traces its origin back to key players when the seeds of conflict were sown in Kashmir by Jamaat-e-Islami players; and it has continued to be played by the same set of people through their next generation.

A star is born on the horizon of Kashmir.

Growing up in London, and having rarely visited Kashmir, this young star is groomed to become the face of Kashmir resistance in the next phase – when terrorism, which was espoused as an instrument by his father, is now being replaced by Psy-war.

He is supposed to lead that war.

He has been a low profile all his life and has been talking about Kashmir only as a token, if at all. His knowledge of Kashmir and Kashmiris is shallower than the Yamuna in Delhi summers. And yet, come the year 2016, he springs into action, establishing not one or two but several companies/ organizations – all in the name of Kashmir.

His love for Kashmir seems to have been rekindled by two important events – his marriage to a Pakistani Khatoon and the patronage of a former ISI Chief. Once the love is rekindled, resources start flooding on their own, at least that’s how miracles happen.

Conflict theaters world over tend to create vested interests – and Kashmir is no different. What we have seen over the decades is that only the tools and techniques change, the underlying agenda remains same.

And for those benefitting from the conflict it would make perfect sense. In the garb of Kashmir alone Pakistan is able to fulfill a range of its strategic objectives:

Kashmir conflict has also created an eco-system from which a set of families derive their livelihood and relevance. The Fais, the Thakurs, the Kanjwals, the Ashais, the Fazilis, the Safis,  and the Dars among others have not only been living their dream lives, they have also come to acquire an aura of ‘experts’ and ‘human rights’ activists, an aura that is very useful, particularly in these woke time.

The only things that are missing in this Pakistani orchestrated theater is Kashmiris themselves. Their role has been reduced to mere objects, in whose name the mercenaries would live a life full of ‘activism fun’.

Hence, it would be criminally naïve for not only Indians but particularly for Kashmiris to assume that Pakistan and the net cast by its establishment would have any interest in resolving Kashmir issue. For the Pak establishment, Kashmir conflict has become a Goose that lays golden eggs, and unlike the stupid old lady, it has no intention of killing the goose.